The following is from interviews with European officials BEFORE the latest nuclear kerfuffle:

Lindy West described to the New York Times audience, the smoky days we’re enduring in Seattle. It’s been 8 days. We have at least 3-4 more to go before it might get better. Outside of being at the office, staring out at the smoky vistas, I have been all cooped up in my apartment without air conditioning, going crazy. But every time I venture a different approach, I feel like I smoked a pack of cigarettes and my eyes burn. So I go back to sheltering in place.

Speaking of which, I did this Google search today, just in case: 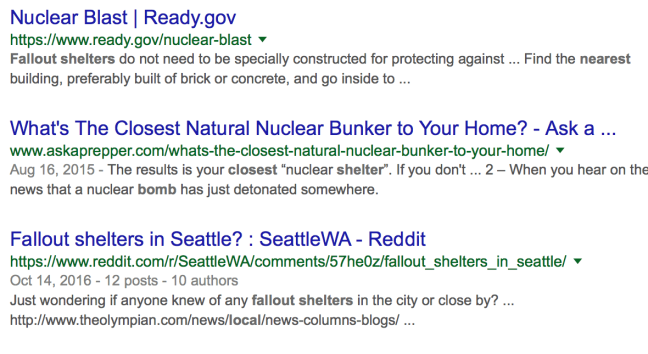 I haven’t figured out a good place to go yet, but I did learn this:

And as my wise older brother says, we’re worrying about people in this order: South Koreans, Japanese, Guam/Hawaii/other Pacific Islanders, and then finally us in SFO/LAX/SEA. We’re worried about the North Korean people too, but that’s a constant. I work closely with a young man whose extended family is in Seoul, so I keep perspective.

So it’s smoky, hot and deathy here. Trump is still president. And yet, I am in love.

Also, I’m not a foodie but sometimes nice things come back to back in my FB timeline. 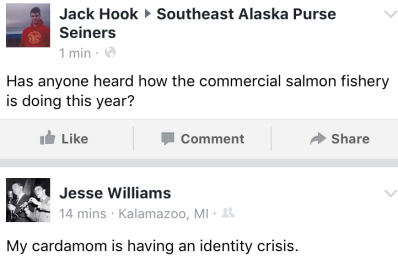