A random picture of Maxine Waters, who looks really pretty in that color:

Mueller (and therefore Rosenstein) live to see another day:

This is on the White House splash page, and I for one plan to comply:

This is splashed on the Trump Hotel in Washington, D.C.: 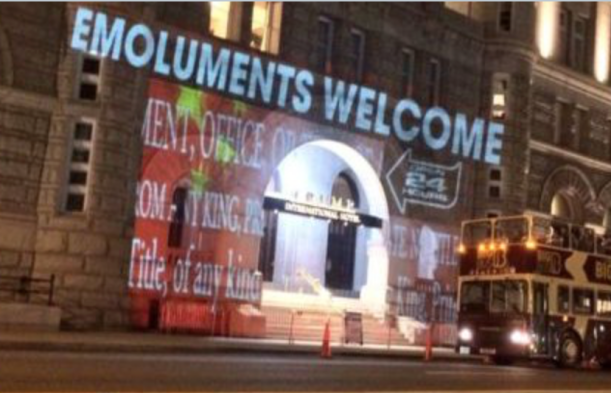