Oh yeah, last night it was in the papers that there was a FISA warrant for Carter Page. I thought it was just the drip drip drip of Russia-Trump and didn’t realize it was a big deal until today. Today they’re also talking about Paul Manafort setting up a shell company on the day he left the Trump campaign and then something like $13 million of Trump-related moneys went in it.

Tillerson ditched the press pool in Moscow and met with Putin (which was up in the air). Maxine Waters pointed out on Twitter that yesterday Tillerson said “Why should the U.S. taxpayers care about Ukraine?” Rachel Maddow pointed out that he said this right after the G7 meeting, which is called the G7 because Russia got kicked out of the G8 because of Ukraine.

Tillerson and his counterpart, Lavrov, had a press briefing afterward. Tillerson didn’t mention Russian meddling in the U.S. election. Lavrov interrupted Andrea Mitchell mid-question, essentially to ask her if she was born in a barn.

Trump said today that after talking to Chinese President Xi for 10 minutes, he found out that North Korea is actually a complicated situation. Also, NATO is *NOT* obsolete now. And China’s not a currency manipulator after all. Leading to this screen capture. 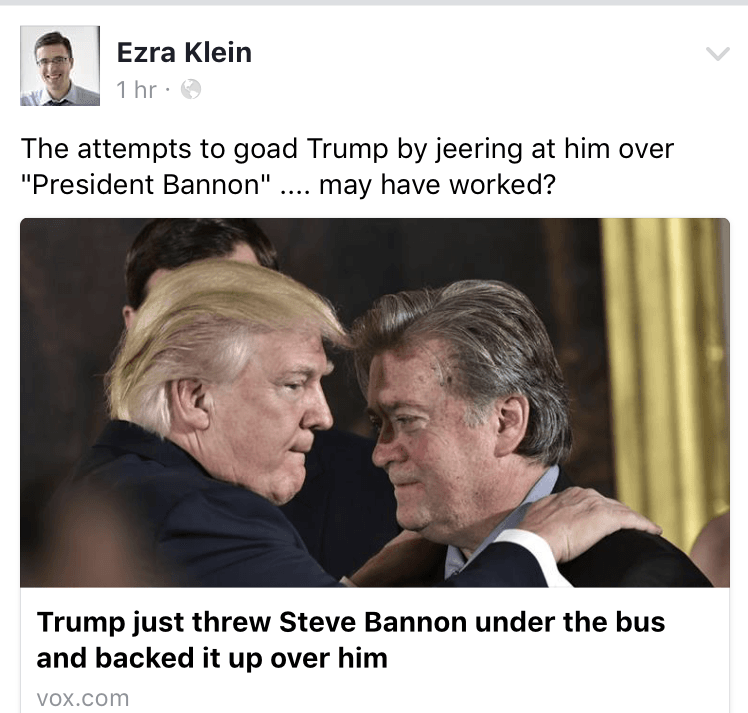 I thought a lot today about what I said yesterday about Sean Spicer being a bumbling, bad talker–and I don’t want anyone to think I was making an excuse for him. It’s just that in the particular case of “holocaust centers” I can really imagine that he meant to say concentration camps, wanted to say concentration camps, but his brain just couldn’t fight its way there to the correct term, so a weird and inappropriate facsimile came out. He is just toweringly bad at his job all around. That said, there’s just way too much damning evidence about this White House and anti-Semitism. If they cared at all after the first several hints they dropped, if any of that was actual innocent errors, then they would have got their acts together and buttoned up shit like what we saw yesterday. OK, enough about that.